Danny MacAskill’s latest video Gymnasium premiered and has already reached over 1.4 million views; once more showing Danny’sability to entertain the audience with his unique approach and style. Tricks that have never been seen before brought big smiles to the YouTube audience and Danny received lots of positive feedback from around the world.

Now it’s time to have a look at how everything came together in the Behind the Scenes clip:

We had a little chat with Danny about his take on Gymnasium.

How’s the feedback on your latest edit Gymnasium so far? You probably get loads of messages when a project like this goes live.

Danny: Yes for sure, I received lots of very positive feedback from all different sides. And to be honest, I am having a hard time answering all these messages, so thanks to everyone who sent a message or commented. I am stoked that you like it! What’s your relation to gyms – have you ever hit gyms regularly?

Danny: The only time I’m usually in the gym is during rehab, when I am recovering from injuries. Once I am back in shape again, riding bikes is basically the only workout I am doing. 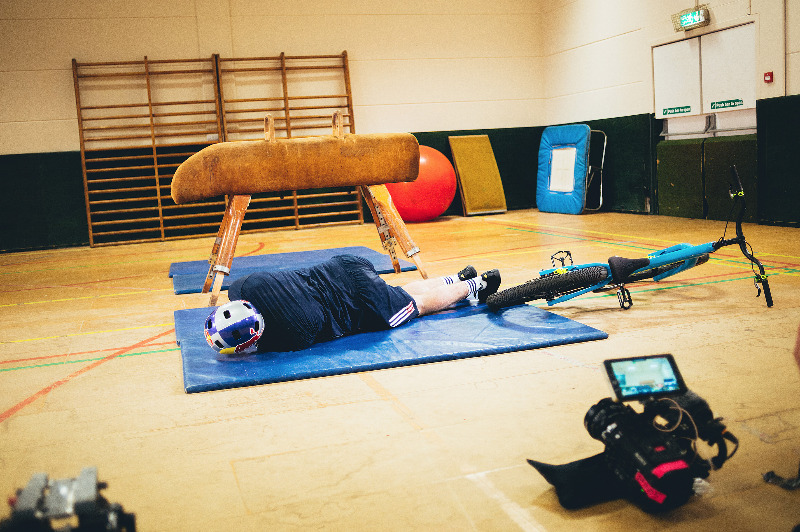 How did you come up with the idea of shooting in a gym?

Danny: As I was injured a couple of times already, I had to spend time in the gym just to get healthy again. I don’t have a problem with that as I am always motivated to get back riding as soon as possible, but these machines are pretty boring. During my exercises, I would always daydream about riding all over the facilities and thought it would be quite cool to bring trials riding into the gym. As always I wrote down a bunch of ideas that I thought would be fun and then as with any other projects it was a combination of planning and creative trial and error. 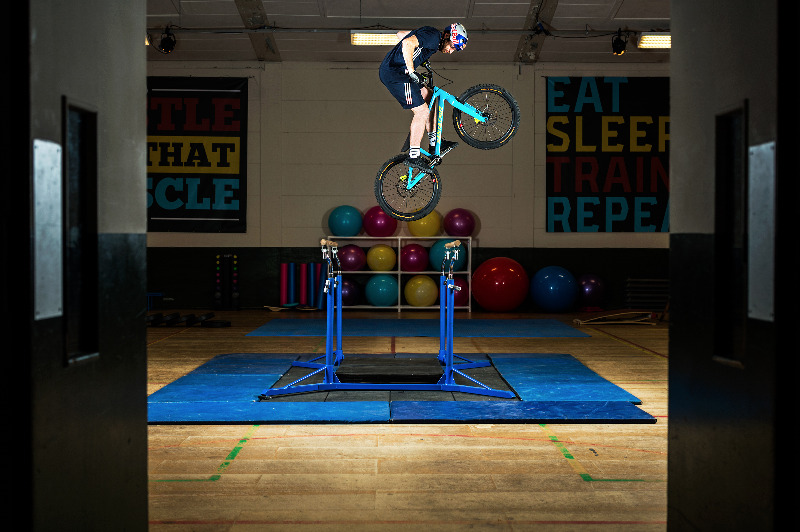 As always it looks super smooth and easy. What was the hardest trick of the video?

Danny: The ghosty to bump front flip catch wasn’t only hard for me, but even harder for my bike. It took us about two and a half days and more than 700 goes. We had mats on the side, not for myself, but for the bike. It's not the kind of thing you do with a carbon trials bike, but I felt it was a good enough idea to justify the punishment. 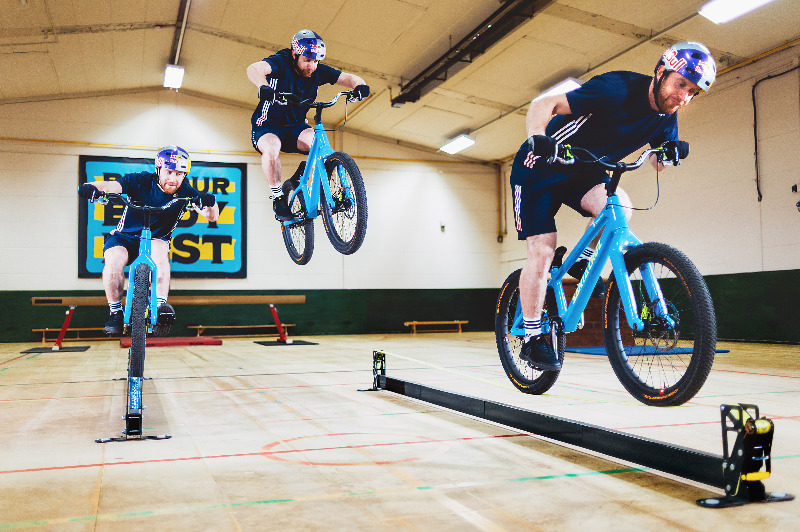 Is there a story/message you want to tell your audience?

Danny: I always try to inspire people to be active and I guess my videos show that it doesn’t matter if you’re in a gym or outdoors. As long as you are having fun at what you do, any activity is better than staying at home.