Two hearts beat within Danny MacAskill’s chest. Trials Danny and Enduro Danny battle each other in the streets of Edinburgh and in the local woods; both of them busting out a wild array of different tricks while sporting their all-new signature pedal, the Crankbrothers Stamp 7 MacAskill Edition. Who will stomp the most tricks and take the win? Danny MacAskill and Crankbrothers put their heads together in 2018 to develop a new design for the new Stamp 7 MacAskill Edition, but it was the fans, who voted on social media and made the final decision on which of the three design options would be produced. Danny’s new signature pedal comes in a slick black and white design with a minimal profile (11-13mm), which minimizes weight and rock strikes whether you are going for a casual trail ride or shredding the gnarliest freeride lines. 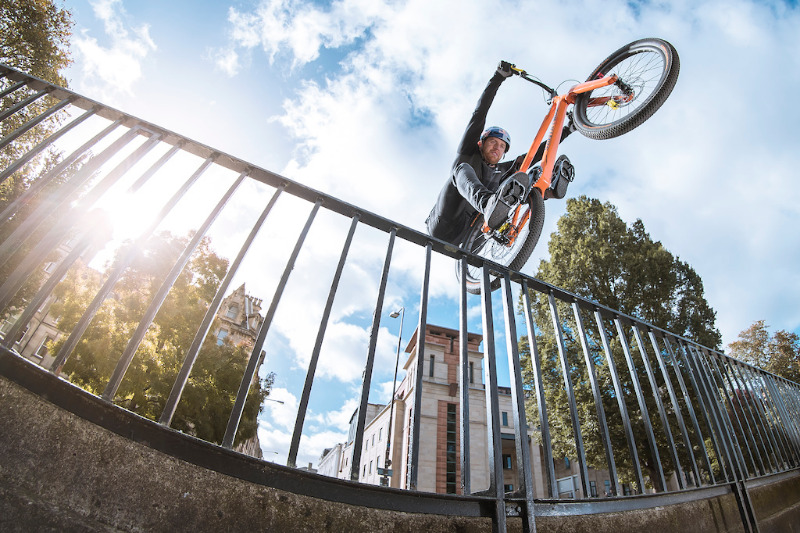 Just like Danny’s alter egos the pedal comes in two different variations. A small version which is a perfect fit for a smaller foot (5-10US/37-43EU) and a large version for every “bigfoot” out there (10-15US/43-49EU). Crankbrothers analyzed outsole profiles from the top mountain bike shoe brands, discovering two distinct surface areas to optimize the shoe/pedal interface for the entire range of shoe sizes. Danny however actually uses both versions: the large size, when he is tricking the urban landscapes on his trials bike, while choosing the small size when hitting the trails on his enduro mountain bike. 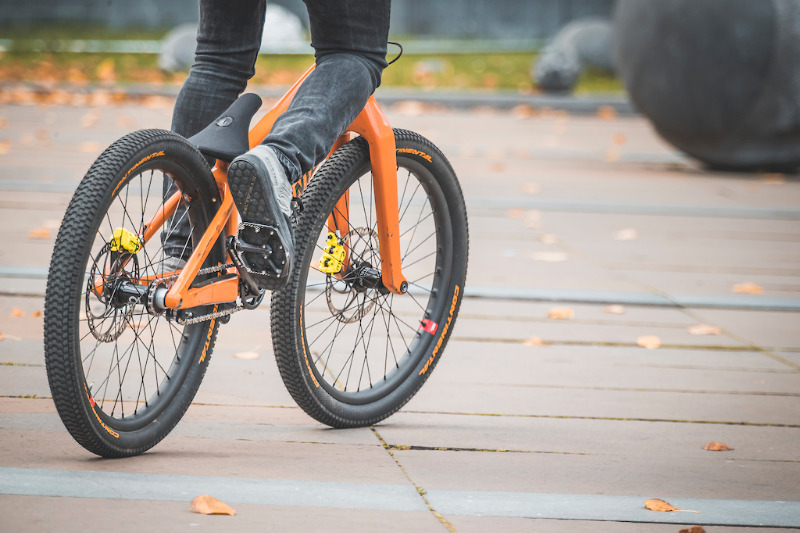 “I know that may seem backward, but the larger pedal on the trials bike lets me get hold of the pedal more easily. I really feel in control when doing a Tailwhip for instance. Having the smaller pedal on the mountain bike lets me ride more confidently when sneaking by rocks or riding the rutty Scottish trails,” Danny explains. “The most important thing to me is that the pedal has great strength and stability, while also giving you good grip and feel with threaded pins, which are especially perfect for the wet trails we have here. I have to say the Stamp 7 has been absolutely brilliant so far and I am looking forward to plenty more soggy rides this winter!”