The Scottish Enduro Series has confirmed that POC, the leading Swedish manufacturer of helmets, goggles and body armour aimed specifically at gravity sports, is the headline sponsor of the five-venue series for the sixth year running.

For five years the series has delivered an awesome six races at six venues across Scotland. In 2018 that was 32 timed race stages, more than two hours of racing for the fastest riders, 808 Individual riders and 1652 race starters.  The series is now the longest established Enduro race series in the country and few would argue with the claim that it is the UK’s premier Enduro race series.

Since its inception in 2014 The POC Scottish Enduro Series is renowned for testing riders at some of Scotland’s best-known mountain bike locations, offering fantastic opportunities to ride on some of Scotland’s most exceptional and classic trails. With Laggan Wolftrax, Innerleithen, Kinlochleven, Pitfichie, Nevis Range in the armoury, from 13 April to 12 October, the 2019 series is set to deliver another phenomenal season of racing. Frazer Coupland from No Fuss Events and The POC Scottish Enduro Series, said: “We continue to build upon our success, success built on positive partnerships. It’s a delight that POC will be working with us again in 2019. This year’s Scottish Enduro Series looks like it’s going to push Enduro in the UK to the next level.  The development of the series and the ability and desire to push the levels and standards is evidence that these partnerships are working well and key to the series’ success.”

Robyn Bowie, Head of Marketing for 2Pure, on behalf of POC, said: “We are thrilled to continue our partnership with Frazer and the team at No Fuss Events. We are proud to be building on such a strong and enduring relationship with the team and excited for what the 2019 season will bring!”

The Enduro World Series (EWS) is the body responsible for bringing Enduro mountain bike racing to the forefront of the global cycling stage and it is important that Scotland maintains a presence on that stage.  In 2018 The Scottish Enduro Series was a part of the new EWS European Series, which in turn was part of the EWS Continental championships.

Frazer Coupland added: “It is tremendous news that the 2019 Scottish Enduro Series will host the second round the EWS European Series, as well as the fourth round of the newly established British National Enduro Series.  We pride our venue teams and partners in staging fantastic Enduro events. Being part of these two national and international Enduro Series endorses all of their efforts.”

Chris Ball, Managing Director of the Enduro World Series, said: “The Scottish Enduro Series guarantees a balanced mixture of technical, physical and enjoyable stages and with the focus on fun and the enjoyment of riding bikes with like-minded people whilst presenting professionally run, competitive and safe races.  We’re excited to be working with the Scottish Enduro Series again and are delighted they’ll be hosting a round of the European Series this summer.”

For 2019 the Scottish Enduro Series team will continue to work with local destination management organisations and groups to ensure that the visiting riders and their supporters get the best possible experience of each area they visit, whilst also ensuring that local businesses are afforded the opportunity to maximize the economic impact from the visit of the series. 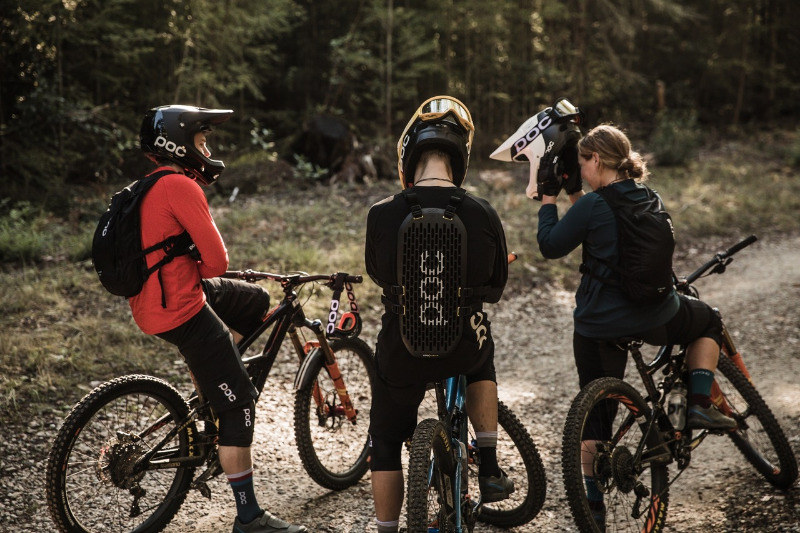 Duncan Nisbet, the man behind the Innerleithen round of The Scottish Enduro Series, said: “It is important to me that Innerleithen and Scotland maintain its rightful place as a mountain bike destination and as an enduro mecca, not only in the Scottish calendar but on the world stage. Working together with the community and local businesses we are sure that the riders will appreciate these world class events.”

The series continues to work well with the local riding community, Forestry Commission Scotland, SNH and other land owners and land managers in order to ensure participants get the greatest riding experiences across Scotland, whilst ensuring Scotland maintains its position as a leading global mountain bike destination.

Entry prices for the 2019 POC Scottish Enduro Series vary for each venue.  Further information can be found here: http://www.nofussevents.co.uk/scottish-enduro-series.  For 2019 there will be mandatory kit list prior to races and there will be random checks on race day and practice day.