As one of the greatest men’s downhill mountain bike racers of all time and a genuine superstar of the sport, Steve Peat needs little introduction as he brings the story of his life and career to 21 stages across the UK, from Falmouth to Inverness, in his debut ‘audience with…’ style tour, Bikes & Beers, presented by adrenaline-sport speaker specialists, Speakers from the Edge, and in association with Santa Cruz Bicycles, Troy Lee Designs and Peaty’s Products 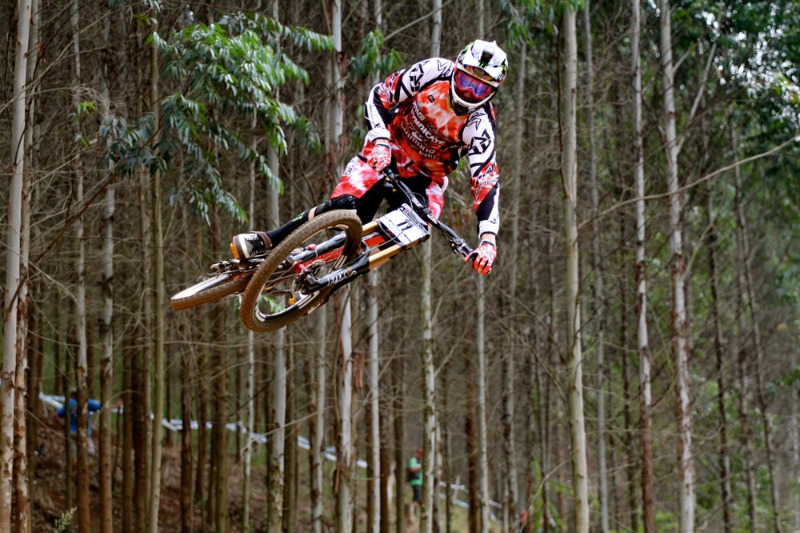 “It's funny how I probably feel more nervous for this than I would dropping into a World Cup track!!”
-STEVE PEAT

Starting out on his racing career in the early 1990s, an era when mountain bike racers would party as hard as they rode, Steve went on to become the 2009 UCI DH World Champion, three-time World Cup Champion, nine-time British National Champion and two-time European Champion in one of the most enduring downhill racing careers, which saw him win 17 World Cup races and reach the World Cup podium 52 times, over two decades at the Elite level

This year saw Steve inducted into the MTB Hall of Fame in the first time of eligibility and his influence on the sport cannot be overstated, as his involvement in the development of everything from clothing to young riders continues

Away from the race track, particularly in the years when racers weren’t quite as strict as they are today with their training, nutrition and fitness regimes, Steve was always at the centre of the notorious wild post-race parties, along with the likes of Rob Warner and Shaun Palmer, creating a vast number of anecdotes that today’s racers can only dream about with envy

In Bikes & Beers, Steve tells the story of his illustrious racing career; the bikes, the world cups, the parties and the pursuit of the seemingly elusive World Championship title which some thought might never come, won in style in 2009. He will take audiences along the journey that saw him rise from plumbing to podiums and become one of the most successful men’s downhill racers of all time, showing just how the man who wouldn’t back down earned his place as a legend in the sport of mountain biking