The team at Yorkshire True Grit has been working hard behind the scenes to improve last year’s route, so whilst the event HQ remains the same (High Paradise Farm, Boltby), the routes will be different! 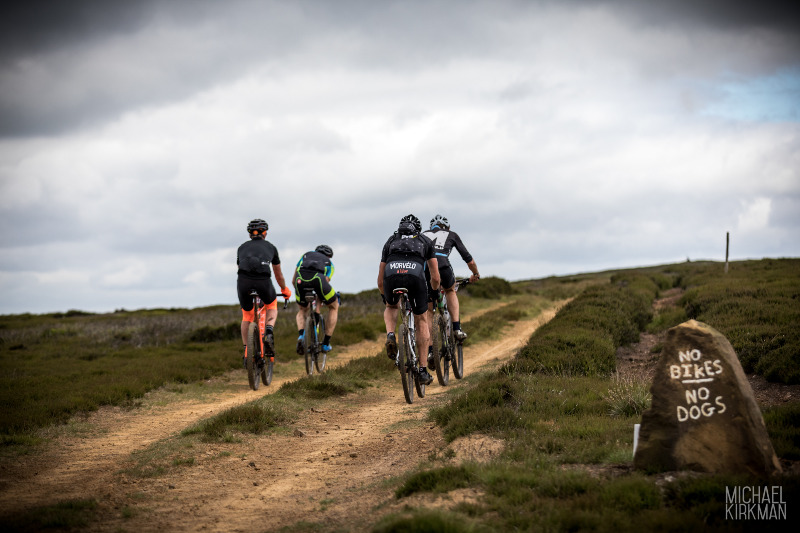 Building on existing relationships with landowners and gamekeepers, and due to the respect shown by riders last year to the private estate used, team Yorkshire True Grit has secured support from three private estates for this year’s event!

The 7 mile section of private land that many hailed as the highlight of The Outlaw (the 60 mile route) remains, and has been extended; and two neighbouring estates have also permitted usage.

“We don’t want to be complacent” said Event Director, Andrew Wright. “We want participants to feel challenged every time they come to Yorkshire True Grit, and by changing the route we are able to bring new challenges in to the event, whether that’s new singletrack, new climbs or new descents. We’ve probably re-routed about 75% of the route of The Outlaw, and 50% of The Drive (the 40 mile route), so people will be familiar with some elements – although may be not in the direction they’ll come at them this year! Be warned though, Debs has had more of a hand in the planning this year as I’m injured and she is a fan of a good hill climb…”

Some of the land that will be used for this year’s Yorkshire True Grit Outlaw route is sensitive due to the ground nesting birds and conservation work that takes place in the area so entries for this route are limited.

The rest of the weekend is shaping up too – with a larger than ever event village featuring sponsors’ Aussie Grit, Lauf and Fenwicks Bike Cleaner, plus exhibitors Forme, Sanderson, PYC Chains and the Yorkshire Cycle Hub to name a few.

Entries to Yorkshire True Grit are via the website: www.yorkshiretruegrit.co.uk Yorkshire True Grit. “One of the Toughest Adventure Rides in the UK” Cycling Plus.

We can Enduro! PMBA Enduro at Graythwaite 5/6th September