Grinduro, brought to life by founding sponsor Giro Sport Design has drawn the curtain on a hugely successful 2019 season with the support of global partners Fabric, Maxxis, and Rapha. For 2020, Grinduro’s growth will continue, with six events planned between June and December. Riders around the globe will get to indulge their party-to-race ratios with individual events hosted by Cannondale, Canyon, Devinci, and Salsa. Most noteworthy, five of Grinduro’s six events will be at new venues in 2020, including the flagship California event which will move from Quincy to Mt.Shasta. “I love seeing the same faces year-after-year on the course, but the real magic is in bringing Grinduro to new audiences,” said Giro Marketing Director Dain Zaffke. Each Grinduro event will continue to highlight Grinduro’s magic formula – a combination of gravel road race and mountain bike-style endure over the course of a single long loop of pavement, gravel, and dirt, with finishing times based on four short timed segments (each roughly 7 - 12 minutes).  As a testament to both the diverse riding skills required and the level of competition, past editions have been won by former professional downhill racers, pro road racers and current cyclocross pros.

But Grinduro is not just a bike race. It’s a celebration with as much emphasis on the fun as on the ride, with excellent food, an impressive display of art and incredible handmade bikes, live music, camping, and a festival atmosphere. Stay tuned to www.grinduro.com for the complete event listing and registration dates. 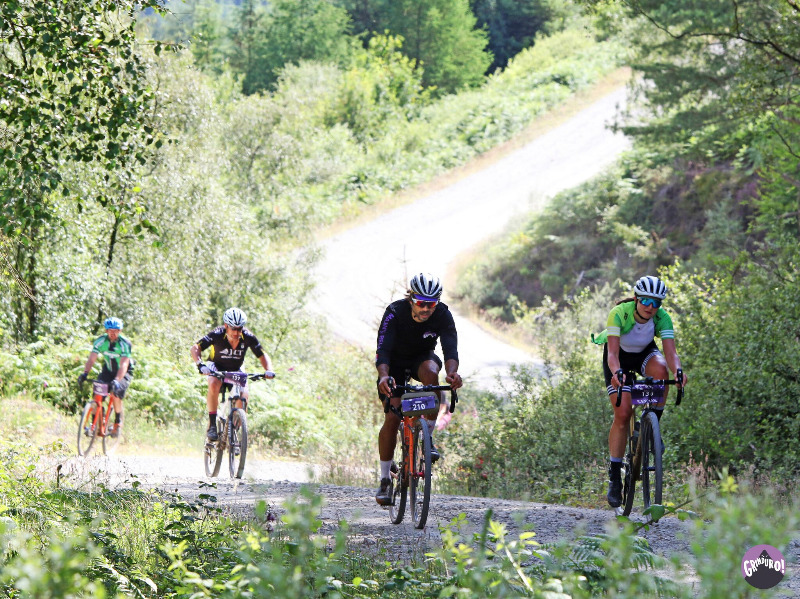