Watch all the action from the dual slalom race held in Steve Peat's hometown, Sheffield, live on MoreDirt on the 10th of March 2018 at 17:00.

At 5pm on the 10th March Sheffield’s Howard St Dual will be broadcast live on the internet. Part of the Outdoor City Weekender this race will light up the centre of the city with elbow to elbow action and enough Hope Tech lumens to turn night in to day. The live stream will spread the magic of dual and make the Outdoor City shine. 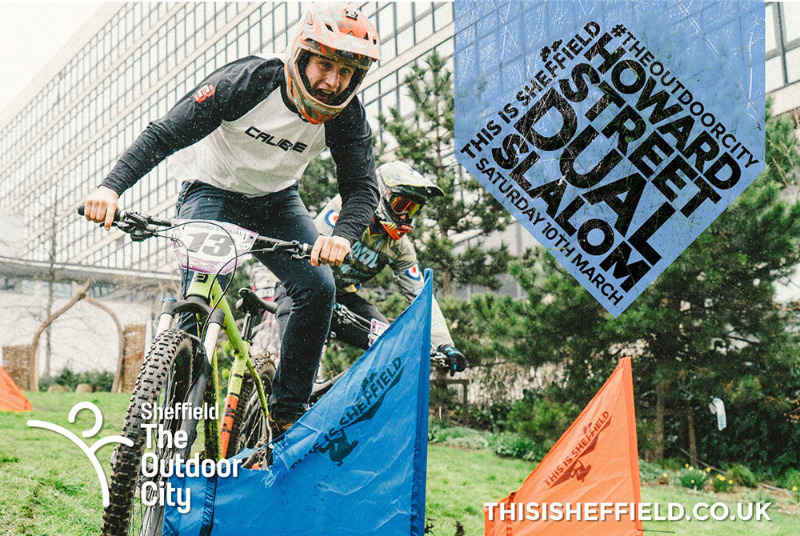 The race will be captured by a professional crew wielding four cameras to catch all the action from the full length of the fast and technical track. With a host riders from world cup winners to local pinners the scene is set for a great evening of racing. 32 men and 16 women will battle it out to be crowned champion through a series of nail biting knockout rounds.

Lining up this year are a host of well known riders and just as many giant killers aiming to knock them off their perch. For the lads Sheffield’s own Steve Peat will be trying to go one better this year and get on to the top step where he’s stood so many times before. However, his 50:01 brothers will be doing their best to stop him. Josh’s Bryceland and Lewis - Ratboy and Loose, Hardline winner - Craig Evans, Right hand Sam Dale, Matt and Dave Hockenhull. Last year's winner, Airdrop’s, Brett Penfold and second place Ben Moore are back again to defend their crowns. Elite downhill pinner Jono Jones is making his way up from Woburn. Team Cotic will be headed up by Rocket Man himself James Swinden and will doubtlessly be chased down Straightline Chay Granby. As well as his younger brother Will who is the reigning champion of the ThisiSheffield winter dual series.

The challenge from the lasses is headed up by last years winner Carrie Poole who held her 4 month old son aloft on the podium. She’ll be chased down by last years runners up Anya Tolwinska, Ellie Dewdeny and Katy Thorpe. BMX superstar Chloe Taylor will be challenging for the top step alongside downhiller Becci Skelton.

If you can’t make it down on the day tune in to enjoy a unique slice of Sheffield presenting the excitement of knockout racing. There’s nothing quite like dual, Dual Rules!

Watch: What is the spirit of Enduro? It’s sketchy, scary, fast and fun.