Steve Peat has returned to his home planet of Sheffield in an attempt to rescue his friends from the clutches of a dull bank holiday weekend.

Little do people know that Steel City Series has secretly begun construction of a downhill mountain bike race even more powerful than any that have come before it. When completed, this ultimate race will spell certain good times for the small band of racers struggling to unlock the mysteries of the track and find glory atop the podium.

Yes, Steve Peat and friends are happy to announce this year’s race on the 4th of May 2019. “The biggest little race in the world” is back and is going to be bigger and better than ever!

A perfectly formed rough diamond is Sheffield’s sporting crown and has been running every spring since 2011. The race has always been that little different to your average MTB event, where else do you get to see 11 year old rippers racing against World Cup stars and World Champions, not to mention one of the largest number of female racers in the UK.

The race is all about putting the riders (and spectators) first. From the goodie bag at sign on, the ever fun track, with wall to wall spectators cheering you onto glory, to the after party where you can celebrate your achievements, or big up what could have almost been! 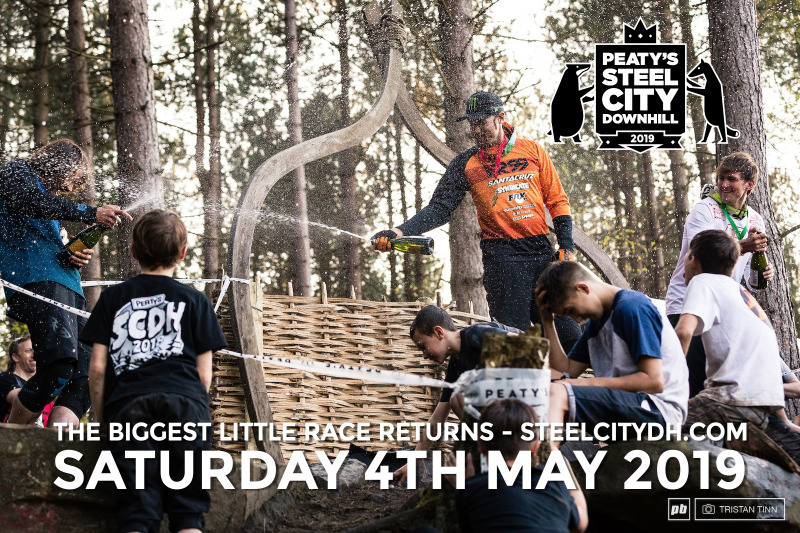 So what can you expect from this years race?

Last years racers were treated to the first runs down a new track, with high speeds bigger berms, and oh that new gap!

The track may have bedded in a little bit now, but you can still expect a couple of tweaks and treats from our friends Bike Track.

Fly past the big crowds around the Jolley Gap jump, through the high speed rollercoaster of whoops and berms, hit the Monster gap, rail the last turns and then you’ll drop into the cauldron of noise of the bomb hole finish arena, ready for another run or a bit of a refreshment.

The event village in the bomb hole is where you will find with excellent locally sourced food from pizza to pulled pork, great coffee from Forge coffee roasters and beers provided by Bradfield Brewery, our very own Peddlers Market.

Not to mention a wide range of exhibitors from local long-term supporters Cotic, to Santa Cruz bicycles, the ever entertaining race merchandize stand and everything else you could want in between from soft goods to essential spares and repairs that you need on the day.

This years race entries will be going live on Thursday 4th of April at 7pm and is the fastest finger first format, so make sure that you are all set and ready so you don’t miss out.

But don’t worry, even without a place in the race we promise that you will have one of the best days out of year. Over 3000 spectators last year’s certainly thought so; and as we find ourselves on Star Wars day again it would be rude not to roll out the fancy dress again, with some great prizes to be won for best costumes too!

For those who are lucky enough to make it onto the podium, we have some amazing prizes from our sponsors including Hope, Trek Sheffield, Leighton’s Vans, Cotic, Renthal, 60 Sticks, Five Ten, Expert Bike Repair, 250 London, 18 Bikes, Peaty’s Products, Royal and HKT Products. 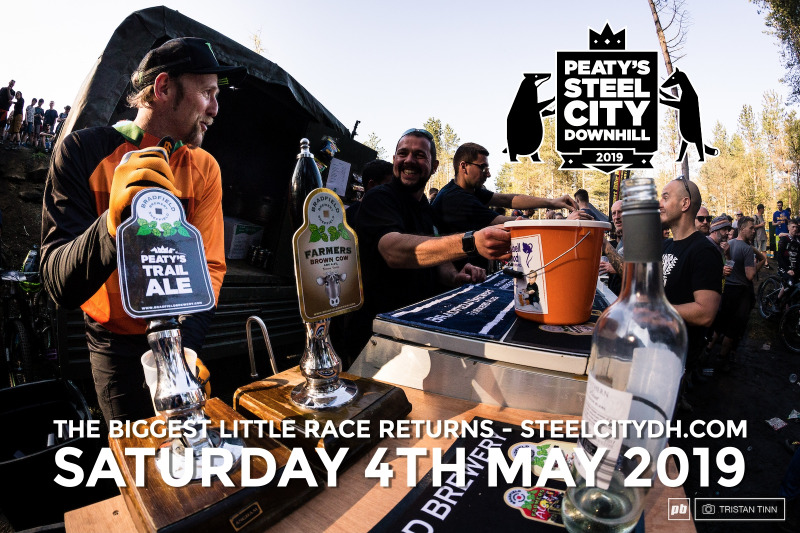 All info on the race and any updates can be found at www.steelcitydh.com. Or you can find them on twitter and Instagram @steelcityseries or on Facebook at Steel City Series.

The race is run as a not for profit event and is kindly hosted by our friends Sheffield & Rotherham Wildlife Trust, with all funds raised from the race go directly back into the trails in Greno Woods and to support mountain bike projects around the city. The best race around is back! More details to follow soon.