Northern Grip is an annual celebration of Mountain Bike culture which last year attracted over 350 mountain bike fans to the festival hub in Stubbylee Park. This year closer to 500 are expected, with a few tweaks to the format and a big focus on activities for families and children.

Northern Grip organiser David Agnew says: "Last year’s event was an amazing success with our audience loving the combination of great trails, new bike demos, kids activities, food, beer, live music and DJs . Stubbylee Park and Lee Quarry are both fantastic venues for Northern Grip to shine a spotlight on and this year we’ll be welcoming even more brands to guarantee that the festival hub will be a hive of activity all day. We’re really happy to announce that Little Rippers and Frog Bikes will be with us and we’ll have Go-Velo providing skills coaching for children to take their first ride. They’ll even be able to practice on the Sender jump ramps if they’re feeling a bit more daredevil” They’ll be a wide range of demo bike on offer from Alpkit, Geometron, Bird, Stanton with Blazing Saddles bike shop bringing along Orange e-bikes and Specialized demo bikes with plenty more still to be announced.

Food and drink is a huge part of the festival with local brewery Northern Whisper again supplying the now famous Bunny Hop Ale, as well as bringing their Bocholt Lager to be served from a fully stocked bar. TINCUP Whiskey will debut at Northern Grip with the TINCUP Whiskey Mining Cart Bar. Health Shack from Preston will be providing tasty food for the health conscious and local guys Dough Ball Pizza will have their pizza truck fired up all weekend. Coffee and cake will be provided by the Coffee Vintage Co served from their classic Citroen van.

The event would not be happening without the support of Rossendale Borough Council. Councillor Alyson Barnes, Leader of the Council, said: “I was delighted to see 2017’s Northern Grip go so well. The organisers put on a superb festival, which had something for everyone - not just serious mountain bikers. Such events show Rossendale has a unique sports offer – as the organisers of Northern Grip have said – there is nowhere else in the world like Lee Quarry. We want to attract more events like this one which bring people across the country here and show we are the Adrenaline Valley.” Northern Grip have also put a call out for volunteers so if you fancy earning a free ticket get it touch with them at [email protected] 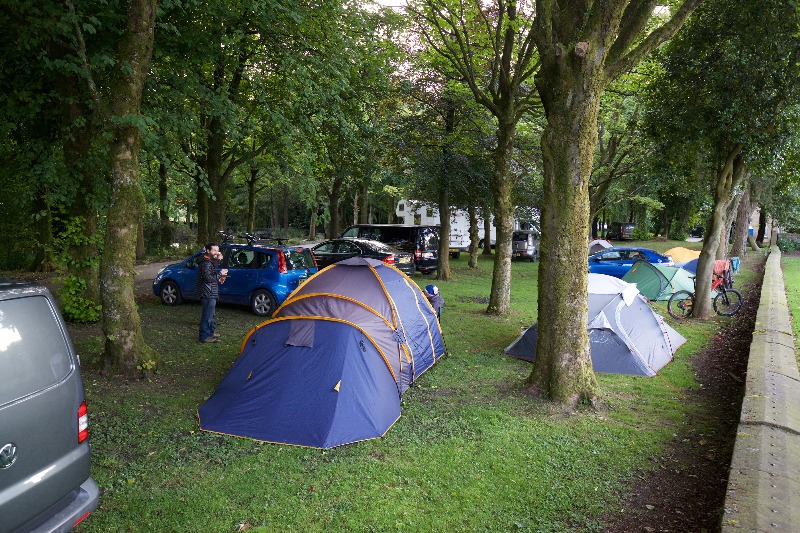 Entries are now open for the 2020 Ashcombe Mini Downhill!

Enduro riders, prepare yourselves for a Highland Clan battle!