MANCHESTER’S first indoor mountain bike park, Dirt Factory, is looking for a new permanent home after a successful two-years at its pop-up attraction at Mayfield.

The Dirt Factory Pop-Up has been a resounding success, welcoming more than 30,000 visitors from across the UK, from professional riders to first-time cyclists from the neighbouring community.

CEO and Founder Dan Makin said, “The Dirt Factory Pop-Up Bike Park has been everything we hoped it would be and much more. We’ve welcomed thousands of riders who have had fun, progressed their skills, gained confidence, made new friends and we’ve built a huge community."

Dirt Factory closed in early January 2021 as construction work on the first phase of the £1.5bn redevelopment of Mayfield begins. Arlene Van Bosch, Development Director at regeneration company U+i, which is leading the £1.5bn project for the Mayfield Partnership, a public-private joint venture, said: “Mayfield was a place for pioneering innovation in the past, and the success of Dirt Factory over the last two years, proves this spirit of enterprise is very much alive. We wish the team all the best for the future, and are sure their relocation to a ‘forever’ home, will be a great success.” Martha Gill and Bex Baraona, EWS athletes and Gowaan Gals Founders, said: "The Gowaan Thursday night sessions have been a great success. Although we've not been at every one of them due to our racing schedule, it's been awesome to see girls and women inspiring and pushing each other on - whether that be riding through all the jumps, hitting the airbag for the first time, or attempting a backflip! It's an incredible environment to be around where you can see many riders' confidence grow and flourish. We can't wait for Dirt Factory to return and the Gowaan sessions to continue!"

The Dirt Factory team is now working hard to secure a permanent home in much bigger premises to carry on its community work and achieve their company mission, which is to get more people cycling more often. They’re aiming to secure a building in Greater Manchester between 40,000 and 90,000 square feet, ideally three times bigger than the Dirt Factory pop-up. 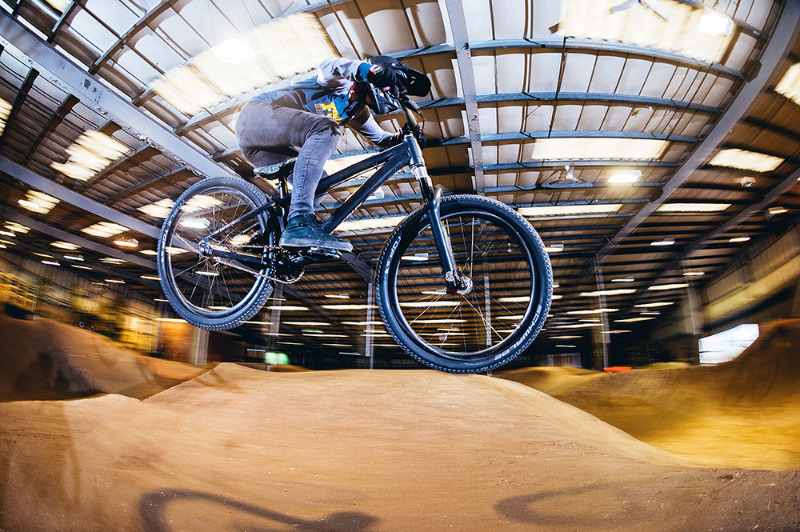 Dan Makin added, “The larger space will allow us to construct lots more progressive trails, zones and features, along with a bigger bike shop, cafe, rental space, education suite and much more. We’ve learnt a lot from the Dirt Factory pop-up and, together with our existing plans and rider feedback, we cannot wait to create a bigger, better facility for riders, friends, families and groups to enjoy. Whether you’re new to riding, an experienced mountain biker, BMXer, commuter or hobby cyclist, more people on bikes is good for everyone.”

During decommissioning the pop-up facility in Manchester the team was offered the opportunity to open a Dirt Factory Bike Shop at Farmer Johns MTB Park in Marple, Stockport. This will provide Dirt Factory a small hub to operate from while the premise search continues.

If you think you can help the Dirt Factory team and support their vision, you can follow the Dirt Factory journey on Instagram, Facebook or Twitter using @Dirtfactorymcr or get in touch at [email protected]

Dirt Factory is the UK’s first indoor mountain bike park houses a range of exciting bike trails and features, designed for riders of all ages and abilities.