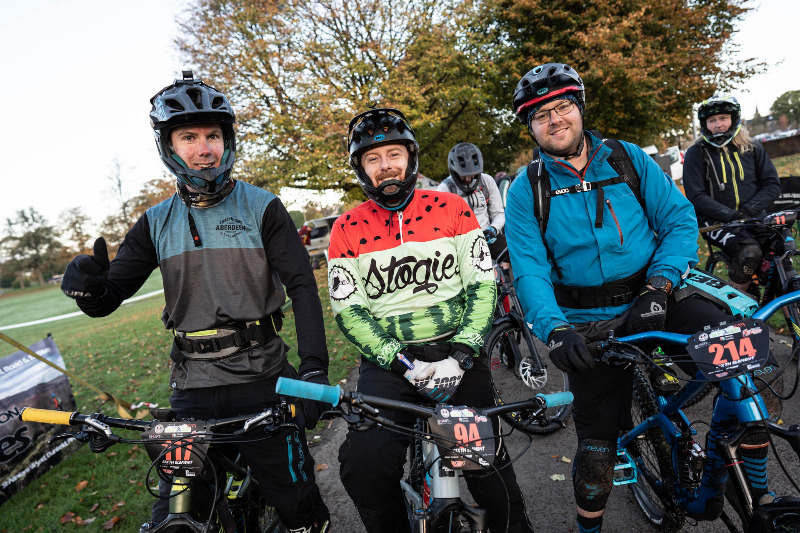 Last weekend (26 October), hundreds of mountain bikers descended on Perth as Muckmedden Events’ annual Fair City Enduro mountain bike race rolled into town for a seventh consecutive year; and another star-studded line-up, including none other than E.T. and Mr Happy, hit the Perthshire Trails.

With a record four hundred and fifty plus race entries and tickets selling out weeks ahead of race day, the stage was set for another sensational race.  Setting off from the bustling event village in Perth, riders from all corners of the UK climbed high above the city in the autumn sunshine to enjoy spectacular views of the River Tay on the way to the summit of Deuchny Hill.  From there, riders had to tackle a total of seven timed stages, ending at Kinnoull Hill summit and the final descent on the infamous “Cliff Run” back to Perth.

Some riders were there to embrace the fancy-dress theme and enjoy the fantastic trails on offer, while others put their game faces on as they sought to earn points for the coveted 2020 Enduro World Series.  Everyone enjoyed blue skies, sunshine and the laid-back vibe the event has become famous for.

On the day local boy Ruaidhri Forrester, from Abernethy, stormed a packed field to take the overall win, beating many of the top racers on the Enduro circuit from across the UK.  The fastest female on course was Jessie May Morgan, from Peebles, who was riding for MSC Tires UK. Race organiser Aaron Gray reflected on another successful weekend: “For the past two years Fair City Enduro has been selected as Scotland’s only Enduro World Series qualifier event which, considering the standard of events in this country, is a huge honour for us and confirms how well regarded our event has become.  The Enduro World Series is the hottest ticket in mountain biking right now and we’re very proud to be part of this iconic race series.  To have the opportunity to showcase the amazing riding we have in Perthshire to an international audience is a privilege and we love being part of it.” 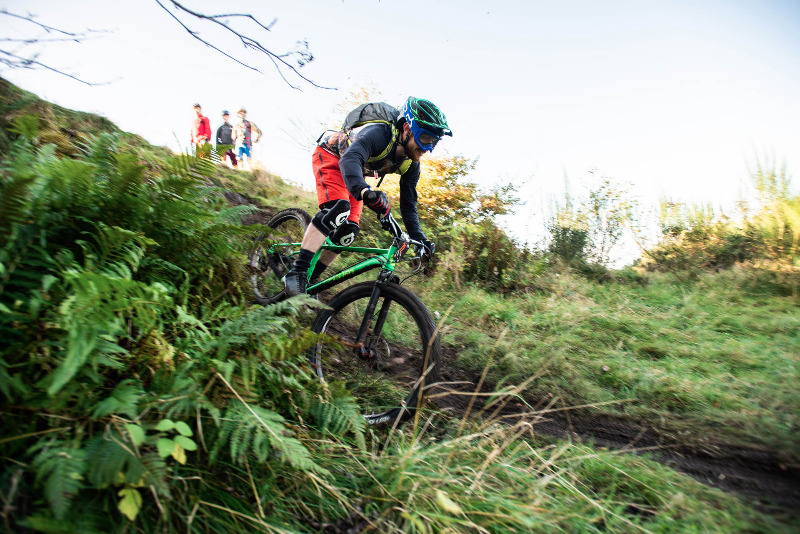 Aaron was keen to point out that, despite having EWS Qualifier status, the original fun-focus of the event stays the same: “The fancy-dress theme has always been one of the most unique aspects of Fair City Enduro and I am determined never to detract from that.   I was delighted to see so many riders in fancy dress again this year.  Some of the costumes were very inventive and hilarious, other costumes were downright disturbing!  Thanks to everyone who got into the Halloween spirit and made this year’s Fair City Enduro another classic.”

For further information on Fair City Enduro go to – www.muckmedden.co.uk/our-events/fair-city-enduro