The HSBC UK National Downhill Series Presented by GT Bicycles rolls into Hopton on Saturday and Sunday the 16th and 17th of September.

The venue itself is just two fields down from the famous 11th century Hopton Castle which became notorious during the Civil War between Parliament and King Charles I. Hopton is located between Knighton and Craven Arms, near Ludlow in Shropshire. We have to look back as far as 18 years ago to 1999 for the last time a National was held a Hopton and it was Tracy Moseley who won the Elite Women with Rich Warner (Rob's younger brother) who won the Elite Men's category. The tried and trusted BDS Team have been working closely with Dave Pearce of Pearce Cycles regards a number of track improvements and general track maintenance to give the series the send off it deserves. Practice is all day Saturday from 09:30 to 18:00 with practice Sunday morning 08:30 to 11:00 followed by Seeding Runs starting at 11:15 and Race Runs around 14:15. The last rider down should be around 17:00 with podiums commencing straight after.

Parking and camping are free for everyone, with a spectator fee of £5 per person on the door for those aged 16 or over with those aged 15 or under entering for free. With Hopton being the series final, the riders near the top of the results will be fighting hard to retain their positions or go even higher up the final rankings. The best four out of five rounds count to racers can drop their worst round from the overall with seeding carrying 50 points for the win and race runs carrying 200 points for the top spot. Check out below to see where the series final standings will be won or lost.

Hatton is the 1st year rookie surprising everyone with his step up from Junior to Elite and leads out BDS regular and last round winner (at Llangollen) Mr. Gas to Flat by only 49 points so it could be anyone's game. Last years series winner Simmonds sits safely in third place whilst Reading on his custom Geomotron will certainly defend his fourth place as Hart will not be making an appearance.

Seagrave has this one in the bag without even crossing the start line as will Sandler securing 2nd place knowing that Carpenter is now retired. The man of the moment is Cockburn, this guy is going for Brayton's title when it comes to recklessness on a bike. The guy is dangerous yet still a pleasure to watch as he goes through the motions.

So on paper Luffman has this one sealed as long as he stays on. National Champion Smith will be looking to go better than being bridesmaid at the last two BDS rounds. Then we have Irelands O'Callaghan who threw a spanner in the works and won the last round at Llangollen. National Champion Tyrell makes a welcome return. Let me commend him on taking time out of the racing calendar to rest up after banging his head real hard whilst out in Austria in Serfaus-Fiss-Ladis at the very start of August. Edmondson is ruling this category so far and looks like he just can't be caught.

I still can't get over that high-speed jump to manual that can be viewed on Facebook from Breeden. Expect a late charge from Walker for the series title if he gets a great result here as he can drop his bad round at Fort William where a mechanical took him out of the points chase. Who will win the race this weekend? I have absolutely no idea, the quality in this top five is something special and a testament to the BDS breeding ground of future World Cup racers. 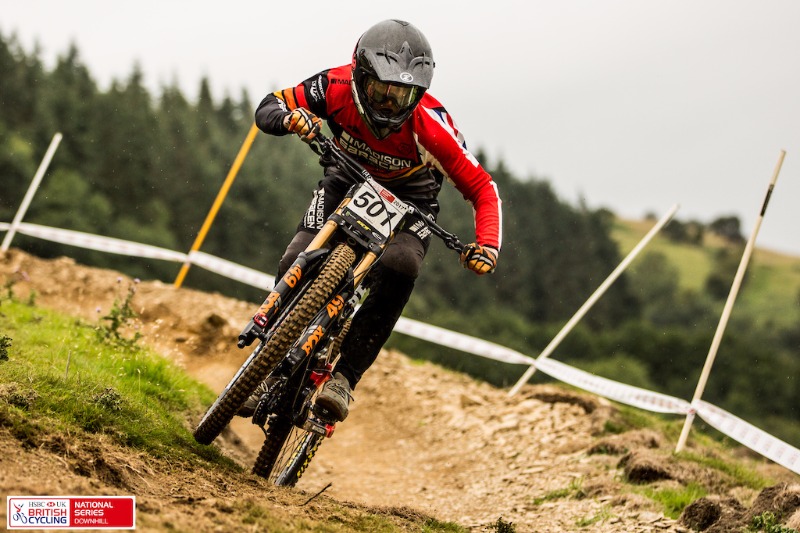 Matthews made the welcome return this year after losing his spleen at Innerleithen on the final road crossing a number of years back. He'll need to bring his 'A Game' to the series final as it's neck and neck with only 25 points between him, McBain and and Anderson. Farrow is sitting on top of the tree with an 87 point lead.

Neal leads Batey out by 49 points, is that a comfortable lead? Not in downhill, it isn't as anything can happen and it's not over until the fat lady sings. 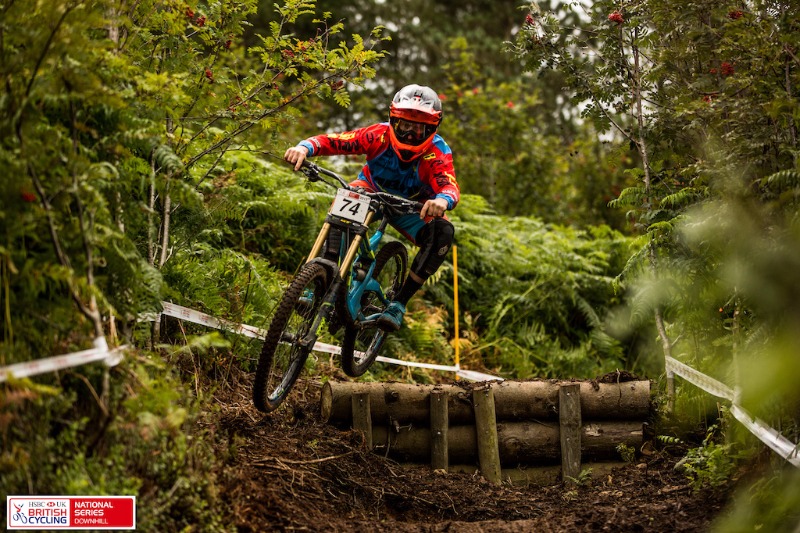 National Champion Titley has been in a close battle all season with Hughes and Mark 'The Claw' Weightman. Hughes called me up today asking me to change the last jump, is that a sign of weakness or nerves as he goes into the last round?

Now, these coffin dodgers should know better at their age. The creeks and groans are not from the bikes, they are from the joints and bones of these 50 year old legends on course with some of them on their second or even third mid-life crisis! Ex Power Boat European and World Champion Little almost takes a clean sweep so far, can he hang on and go for the dream season points wise? We will know come Sunday afternoon. The Open Womens category boasts all ages from Seniors, Masters and Veteran racers taking to the start gate. Sloan leads this one out with a commanding lead over seasoned veteran Hanley with a safety buffer of 202 points.

Expect a late challenge to current leader Atkinson from Norwegian Johnset who has only competed in three BDS events so far this year.

And if you didn't already know, this will be the last ever BDS after 11 years solid service as I hang up my British Cycling course tape and radio to move onto pastures new with the likes of the Malverns Festival in June 2018. So come along and give the riders your support and the series a big send off. I look forward to seeing you all trackside as i'll be inside the tapes! Si Paton - Event Director.