A Mucky Duathlon for the Eliminator Bike Festival in Fife

The Muckathlon, a 30km off-road duathlon suitable for cyclists, mountain bikers and runners looking for their next fun and achievable, self supported, chip-timed, multi-sport challenge, will be the main event on Saturday 01 September of Fife’s Eliminator Mountain Bike Festival weekend at the end of the month.  On Sunday 02 September kids aged between 6 and 13 years old will also be able to have a go at their own off road duathlon when The Mini-Muckathlon is staged within the festival site.

The Eliminator Festival, this year supported by EventScotland – part of VisitScotland’s Events Directorate, is being staged at Parkhill Farm, Newburgh, Fife, from Friday 31 August to Sunday 02 September 2018.   The everyday barley fields and rolling hills of Parkhill Farm will once again be transformed into the magnificent venue for one of Scotland’s most fun-packed, family-friendly festivals, with an all-action activity programme for every age, both on and off the bike.  This includes a music festival with camping and glamping and a gourmet, locally sourced food and drink festival, all crammed into one unbelievable weekend of entertainment. 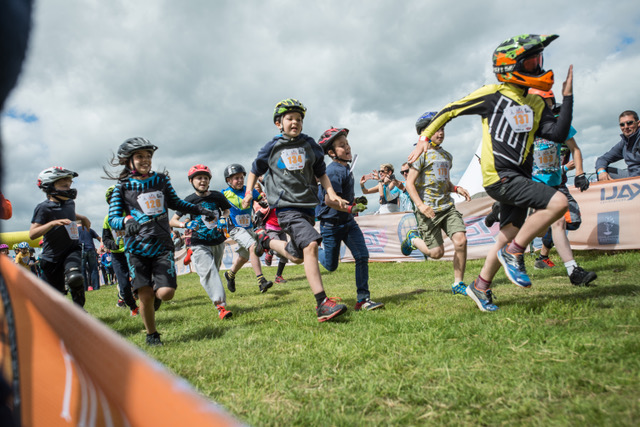 The second edition of The Muckathlon is perfect for novice off-road cyclists and runners, competing as solos or pairs, looking to try a new sporting discipline, within a fun and family focused festival programme.  The course is also formidable enough to challenge seasoned athletes looking to test themselves on an exciting off road duathlon.

Muckmedden Events, Eventfull Sporting Events and Parkhill Farm, who have teamed up to stage The Muckathlon, promise a mostly off-road ‘run-bike-run’ duathlon course that uses off-road tracks around Parkhill Farm and the northernmost section of The Fife Coastal Path.  All transitions and the finish will be in the event village so supporters and spectators will always be in the thick of the competitive action throughout, whilst still being able to enjoying the many other attractions the festival has to offer.

Aaron Gray, from Muckmedden Events, organisers of The Eliminator Mountain Bike Festival Festival, said:  “The inaugural Muckathlon was very well received at last year’s festival and the feedback we had from competitors was fantastic.  We’ve tweaked this year’s run section slightly to make the most of the amazing views of the Tay we have on offer at Parkhill Farm.  Entrants can expect another great off-road course that’s tough enough to offer experienced multi-sport athletes a challenge, but is achievable by less experienced participants looking to push their boundaries and test their all round fitness with something new.

“Obviously being part of a weekend long festival means there’s so much more to The Muckathlon than just the race, from Downhill Mountain Biking to Live Music so I hope people will stick around for the whole weekend and enjoy everything else that’s on offer.

“We are hugely grateful for the amazing support we have had for The Muckathlon and Eliminator Festival from many different private businesses, community groups and public bodies including EventScotland, Fife Council and The Fife Coastal and Countryside Trust.” 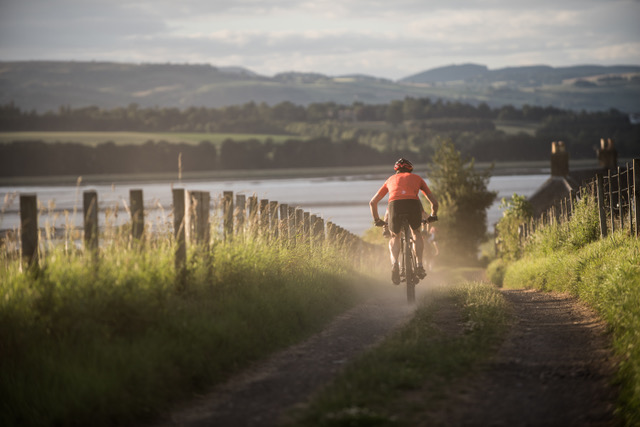 The two Muckathlon 5km trail run sections traverse around the boundary of Parkhill Farm and down past the old fishing bothies on the banks of the River Tay with stunning views over Mugdrum Island to the Carse of Gowrie. The 20km bike course will be sandwiched between the run sections, more than 50% of which will be off-road on the reasonably isolated northernmost section of the Fife Coastal Path, adding to this fantastic adventure.  It skirts around Norman’s Law before returning to the event village via a quiet stretch of undulating public road alongside the River Tay, past the ruin of Ballinbreich Castle. The course features a good mixture of open field tracks that overlook the Tay, secluded woodland paths, with the odd stretch of singletrack thrown in.  There are some fun descents and some tough climbs throughout.

In celebration of Scotland’s Year of Young People 2018, the Muckathlon event will also include a separate race on a shorter course for kids aged between 6 and 13 years old. Leaving in age order with the eldest at the front of the pack, the Kids Mini-Muckathlon will begin with a “Le Mans style” 100-metre sprint to the bike pick up point. The race continues with a 2-3km cross country cycle featuring double track and single track trails around Parkhill Farm and The Eliminator’s famous “Crazy Crops” barley slalom, before returning to the finish line in the heart of the event village where the young athletes will no doubt be welcomed with thunderous applause.

For more information about The Eliminator Mountain Bike Festival and to purchase festival passes and race entries go to https://www.muckmedden.co.uk/our-events/the-eliminator/ There really is nothing quite like The Eliminator. This family-friendly weekender sees out the Summer in the same way our other festival Cream o’ the Croft brings it in….with a big, family-friendly bang!